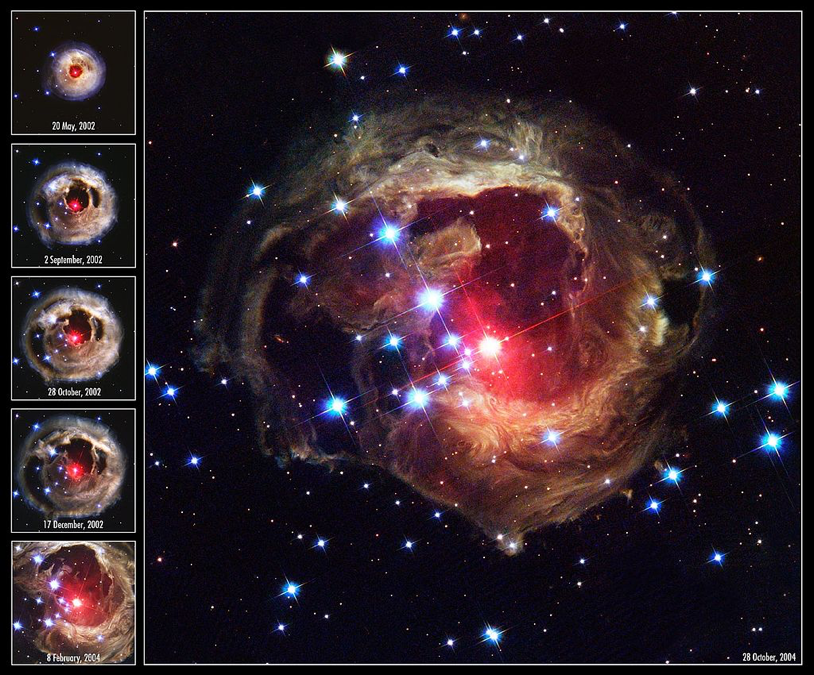 
Although stellar mergers are common (de Mink et al. 2014, ApJ, 782, 7), only a handful of them have been discovered in the Milky Way and the Local Group. Recent discoveries of extragalactic counterparts (Blagorodnova et al. 2017, ApJ, 834, 107; Goranskij et al. 2016, AstBu, 71, 82; Smith et al. 2016, MNRAS, 458, 950) have extended the LRN zoo to much higher luminosities and masses. Common observables of these transients are their multi-peaked light curves (Fig. 2, left panel), and spectra that initially resemble those of type IIn SNe, then progressively develop a redder continuum to finally resemble those of M-type stars. In particular, late-time spectra show molecular bands (Fig. 2, right panel), which is an ubiquitous property of evolved LRNe. 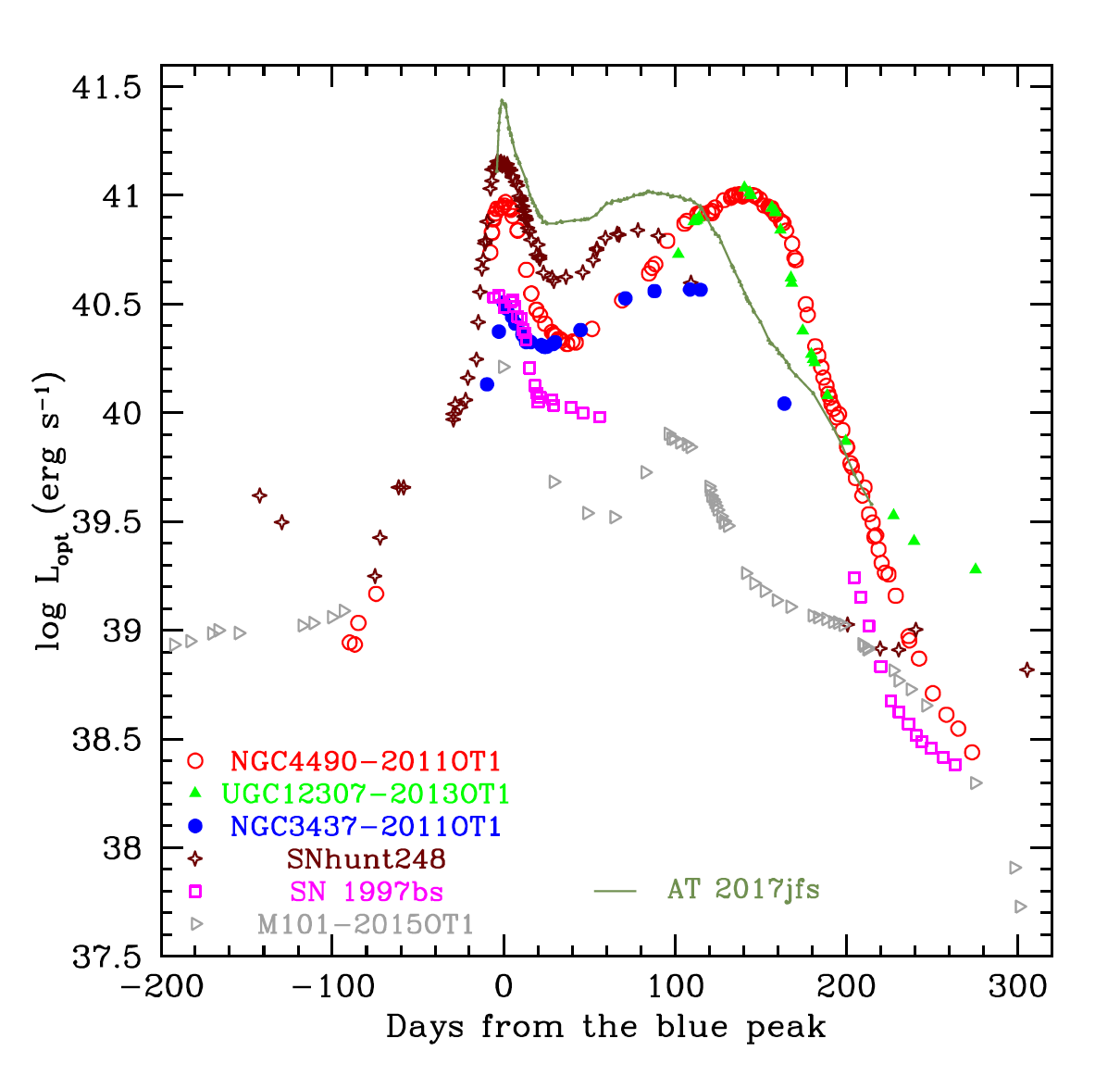 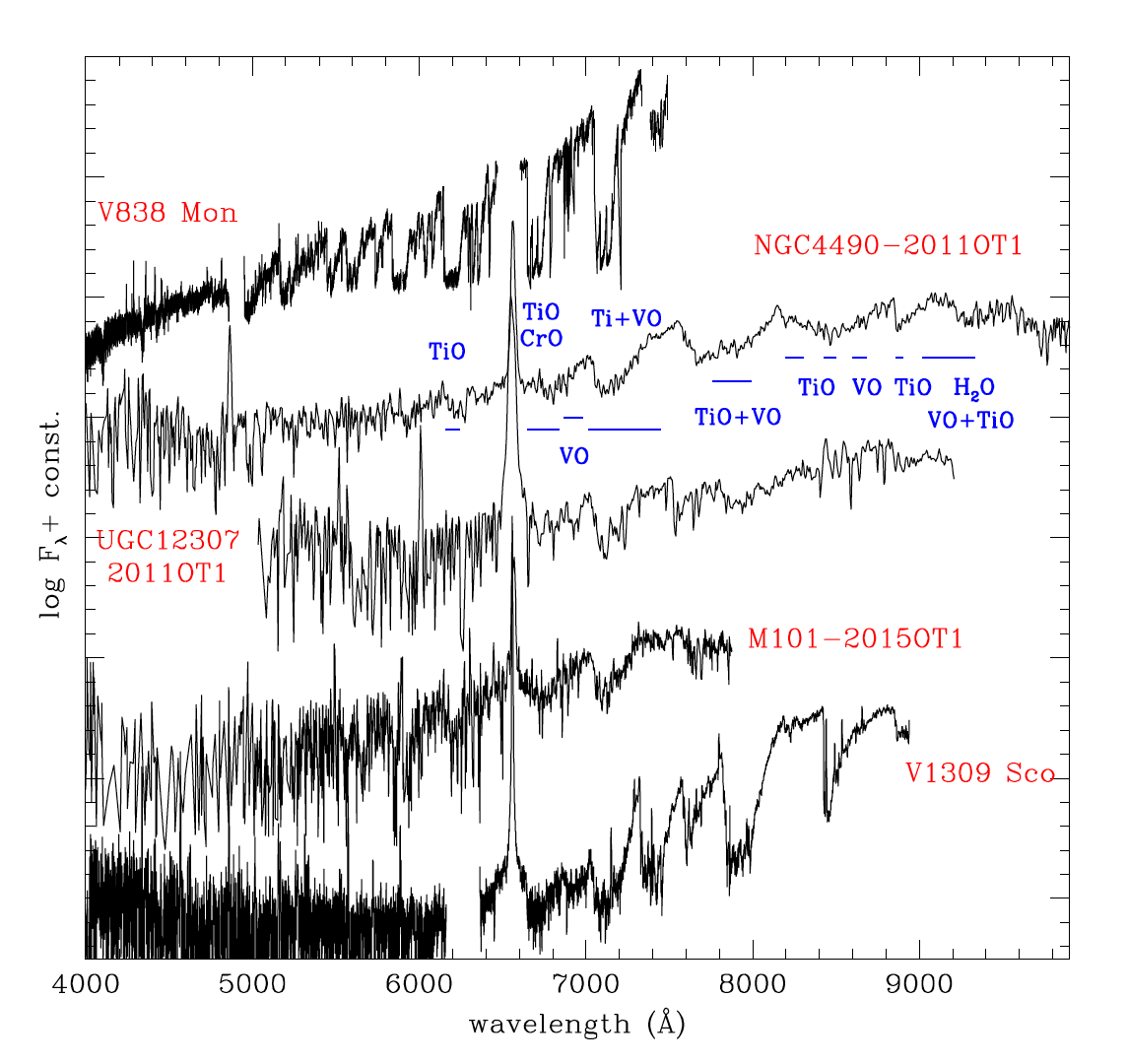 Fig. 2 Left: Quasi-bolometric light curves of a sample of extragalactic LRNe. Right: Late spectra of a few LRNe, resembling those of M-type stars and showing bands of TiO and VO (from Pastorello et al. 2019a, A&A, 630, A75).


The photometric parameters of LRNe seem to be tightly correlated. In particular, one of the most compelling results is the evidence that the luminosity of the progenitor is correlated with individual features of the light curve (specifically, the luminosity of the common-envelope phase, and that of the two LRN light curve peaks (see Fig. 3). As a further consequence, the total mass of the binary system is expected to be correlated with the peak luminosity and the duration of the LRN event (Kochanek et al. 2014, MNRAS, 443, 1319; Blagorodnova et al. 2021, A&A, in press). 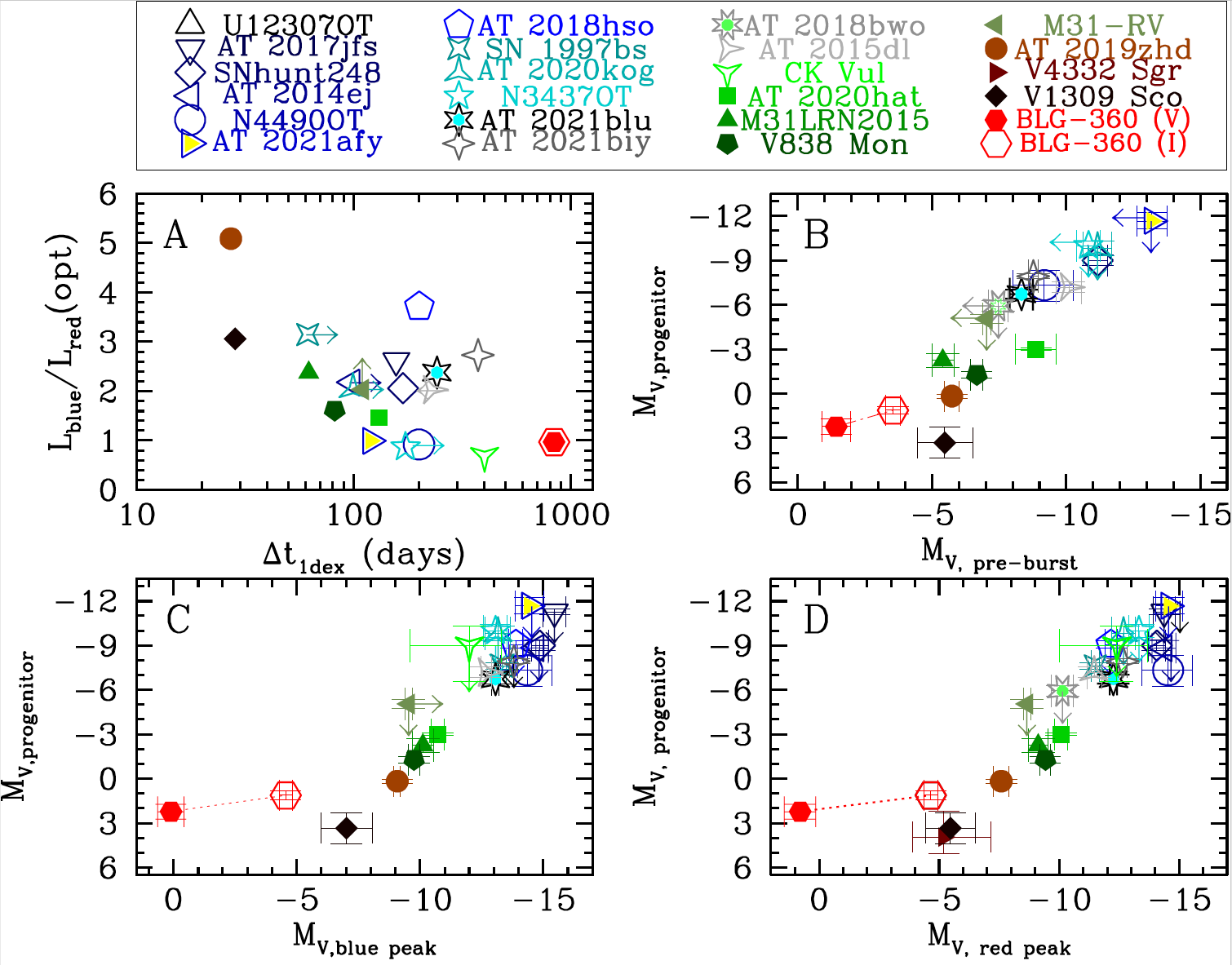