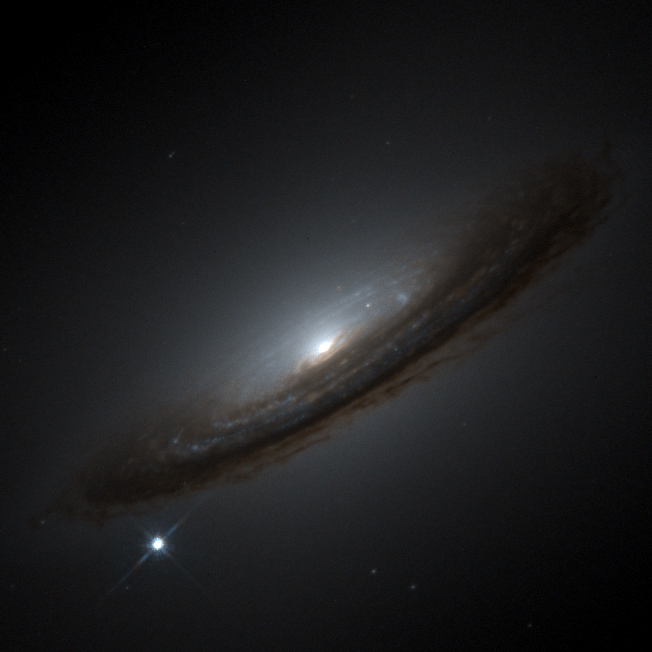 Supernovae are among the most spectacular events in the Universe. They are stellar explosions where in a very short time a huge amount of kinetic energy (~1051 erg) is released, 1049 erg of which is radiated. Supernovae are visible for a short time (several weeks to months) before fading from view. Stellar material is expelled at a very high velocity (of up to about 10% of the speed of light), generating a shock wave in the interstellar medium, producing an expanding shell of gas and dust called supernova remnant.

Supernovae produce a great proportion of cosmic rays, generate gravitational waves and gamma-ray bursts, leave compact remnants; the heavier elements produced from nucleosynthesis processed during the stellar life and in the SN explosion enrich the interstellar medium, whilst the shock waves produced may trigger star formation.

Supernovae are in general triggered by two explosion mechanisms: 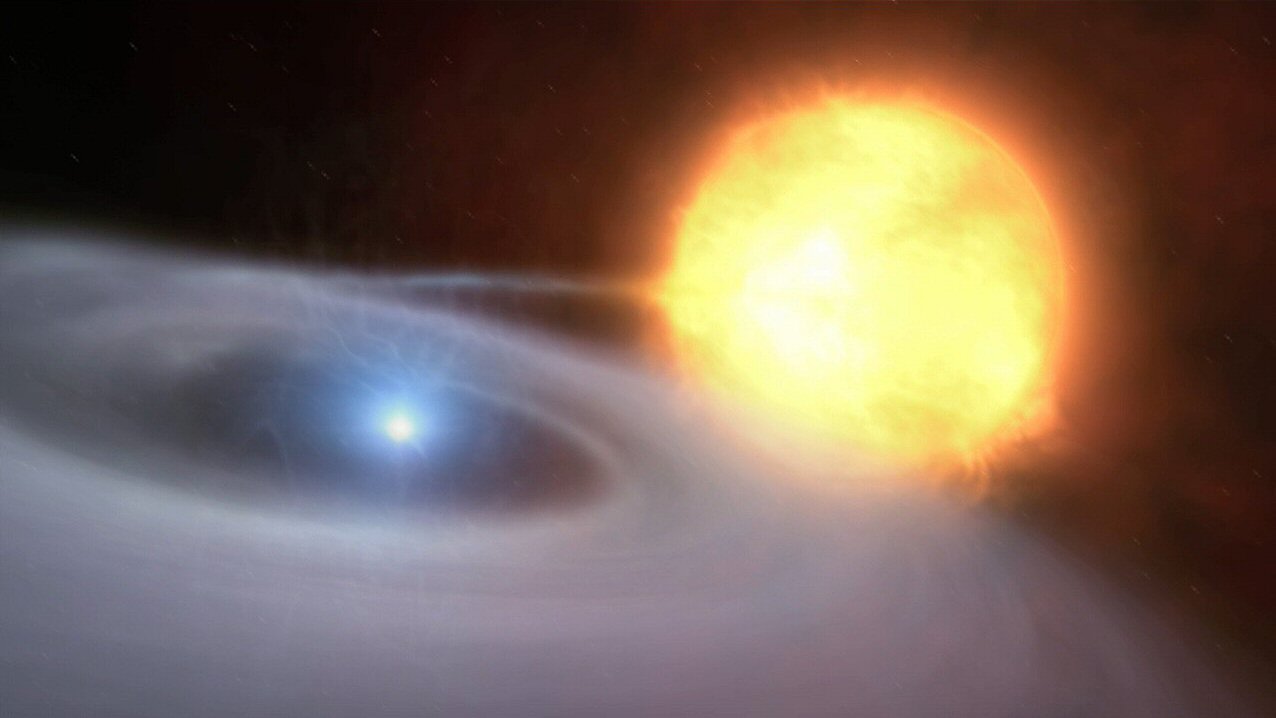 1. The runaway nuclear fusion in a degenerate star (thermonuclear supernova). In this case, a white dwarf (WD) in a binary system accumulates material from a companion star, either through accretion or via a merger, reaching the Chandrasekhar mass limit (~1.38 solar masses). This allows the core temperature of the WD to grows, igniting the fusion of carbon, and triggering the thermonuclear fusion runaway. This completely destroys the star, leaving a shell-like remnant. 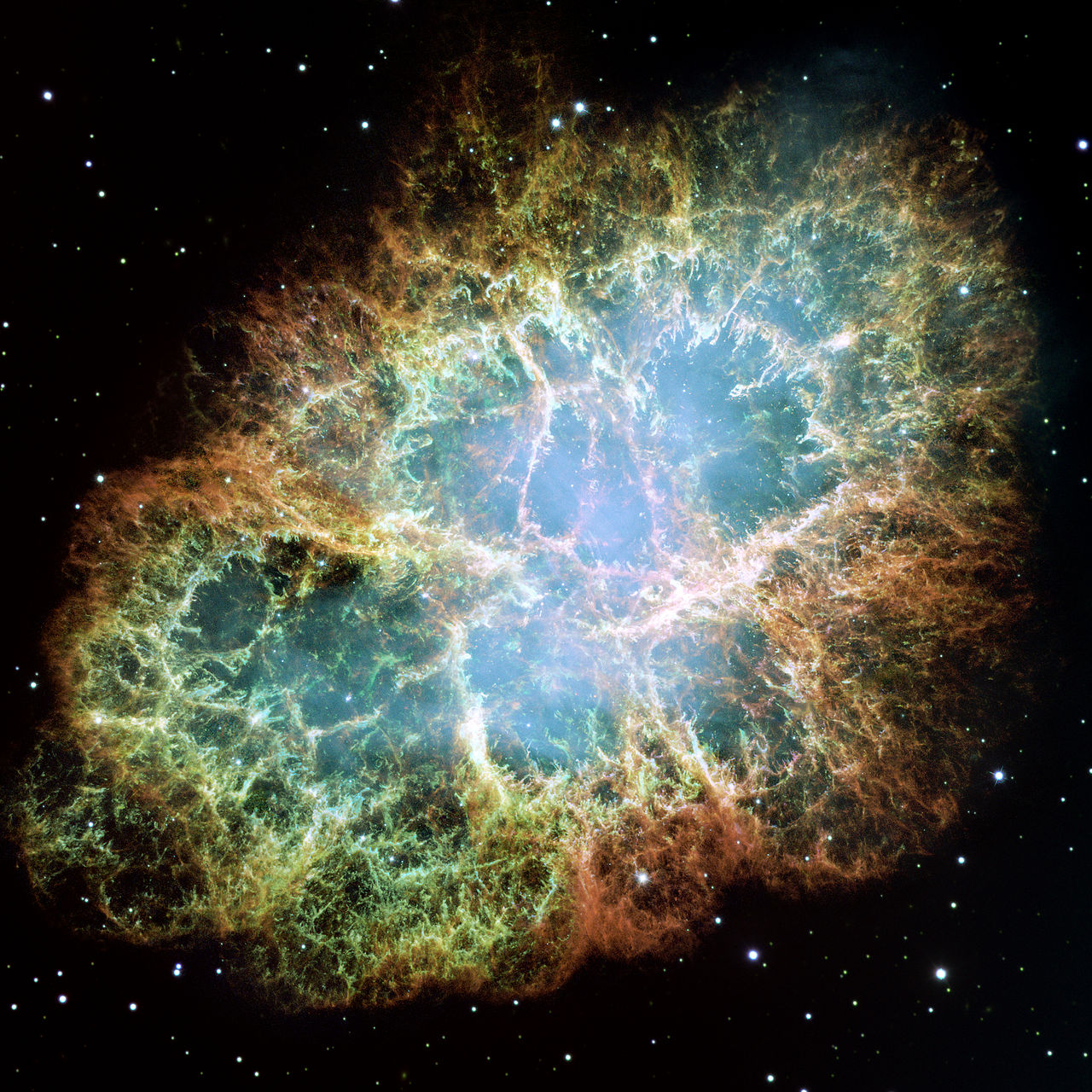 2. The gravitational collapse of the core of a massive (> 8 solar masses) star (core-collapse supernova). When the iron stellar core collapses, 1053 erg of binding gravitational energy are released (mostly radiated via neutrino burst); 1% of this energy powers the shock front that allows the stellar mantle to be expelled. This explosion leaves a compact degenerate core (a neutron star or a black hole) and an irregular gaseous remnant (called plerion, like the famous Crab Nebula).

Basic supernova classification criteria were introduced by Fritz Zwicky in 1941, and revised/refined in the following decades. Current classification scheme is primarily based on the observed characteristic of early phases spectra and, secondarily, to the light curve properties. The traditional classification scheme identifies different SN types of the basis of the presence/absence of individual spectral features: 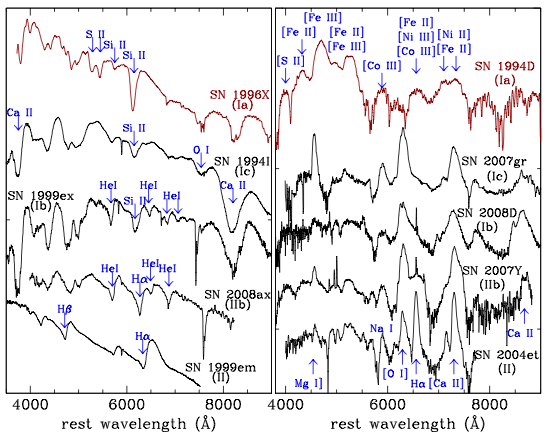 In addition, Type II SNe are divided in sub-types on the basis of further spectral properties, and on the characteristic of their light curve. 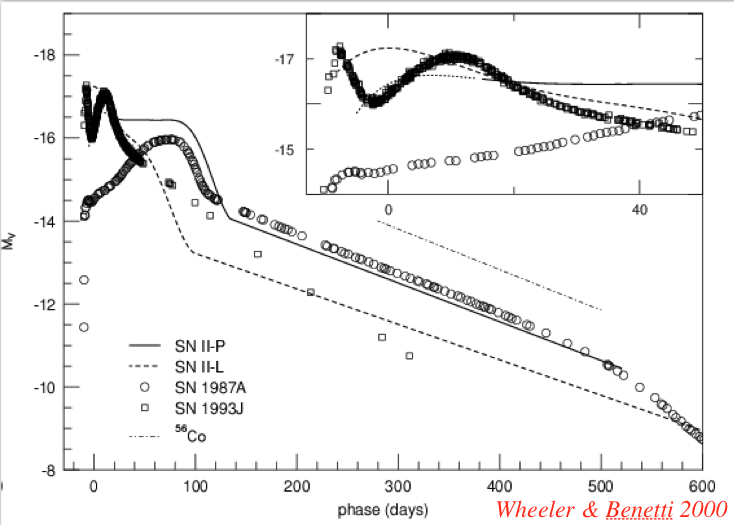 However, some transient events show much narrower lines than traditional supernovae, with prominent lines in emission. These emission features are interpreted as the signature of the presence of a slow-moving, photo ionized circumstellar medium. 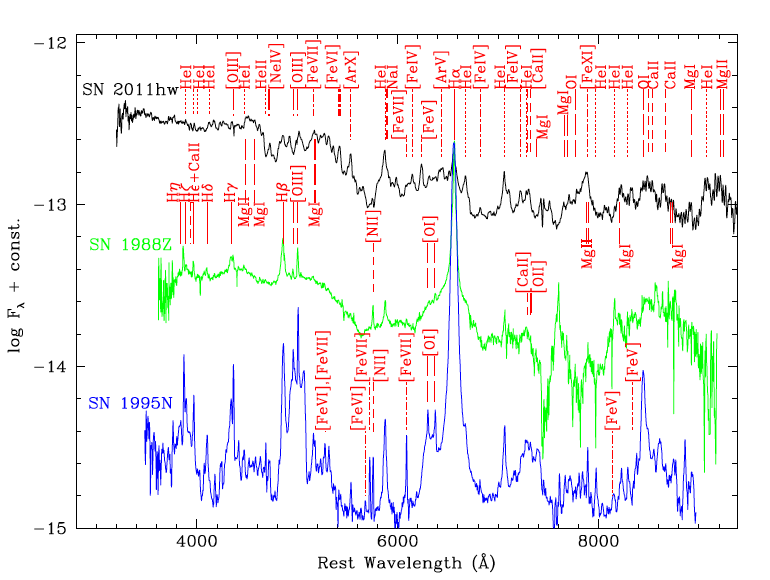 While this scheme worked quite well until a few years ago, the new panoramic surveys discovered new types of transients that do not match this classification scheme. These include a few very weak but also very luminous transients. The diagram shown below, as proposed in Turatto, Benetti & Pastorello (2007), includes many of the new types of stellar explosions, although not yet the so-called fast-and-faint transients, neither Type I and II Super-Luminous SNe. 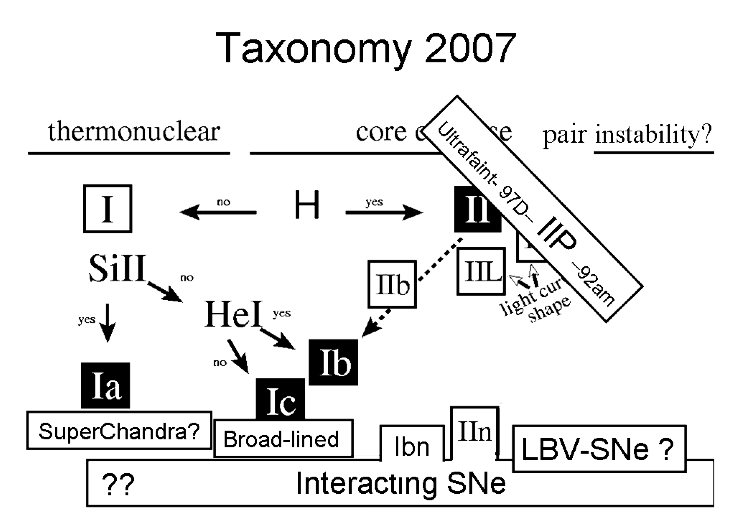